A quick update from Dvorak HQ -- I'm the silly girl who didn't get pictures for day 1, but thank you so much to everybody who stopped by! We've been collecting suggestions for The Conventional Adventures of Isabel Gonzalez, and I just went through my pile of suggestions for tomorrow's chapter! I'll be writing all day, so be sure to say hi, and then the chapter will be uploaded here tomorrow night.

A few things I want to update you all on: 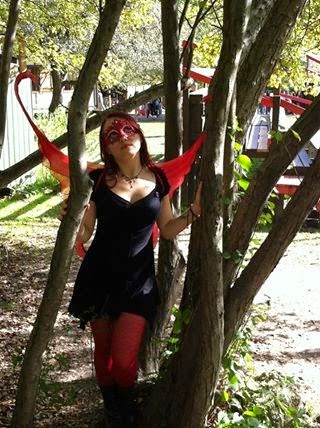 1: Friday is White Rose Day! A new chapter of The White Rose of Fiorazzurro will post here as scheduled. To celebrate, if you mention white roses to us at the booth, giving us the magic password like the people in the book do, we'll give you half off your order! This counts for Friday ONLY and the password must be used on a Dvorak crew member.

2: You remember SqrL-X? He never actually made an appearance in a Dvorak book, but most people remember him as the artist from Y-MH-560-B who remixed political music, and ended up with tracks on Jason's boombox. Tomorrow and through the rest of the convention, we'll have SqrL-X music playing at the booth courtesy of the 4D Foundation! We've been hard at work on this album for months, and you can pick up a copy at the booth to take home with you. Get ready to get live!

3: I will be a special guest on Friday at a NYCC afterparty. I'll hopefully be performing some tracks from the SqrL-X album, but regardless, I hope to see you there! The flyer for the show is below if you want the details. This appearance is also being handled by the 4D Foundation.

Thank you all so much -- expect pictures and Chapter 2 of CAIG tomorrow! 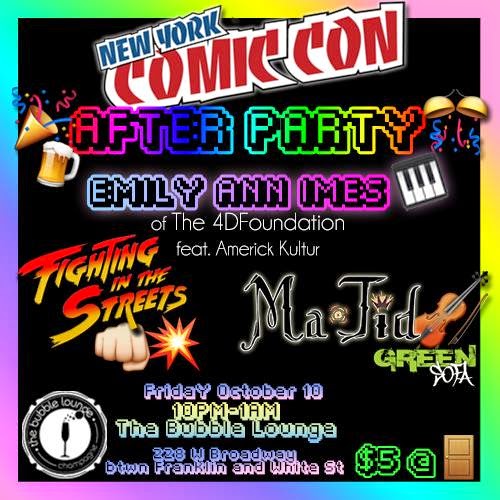